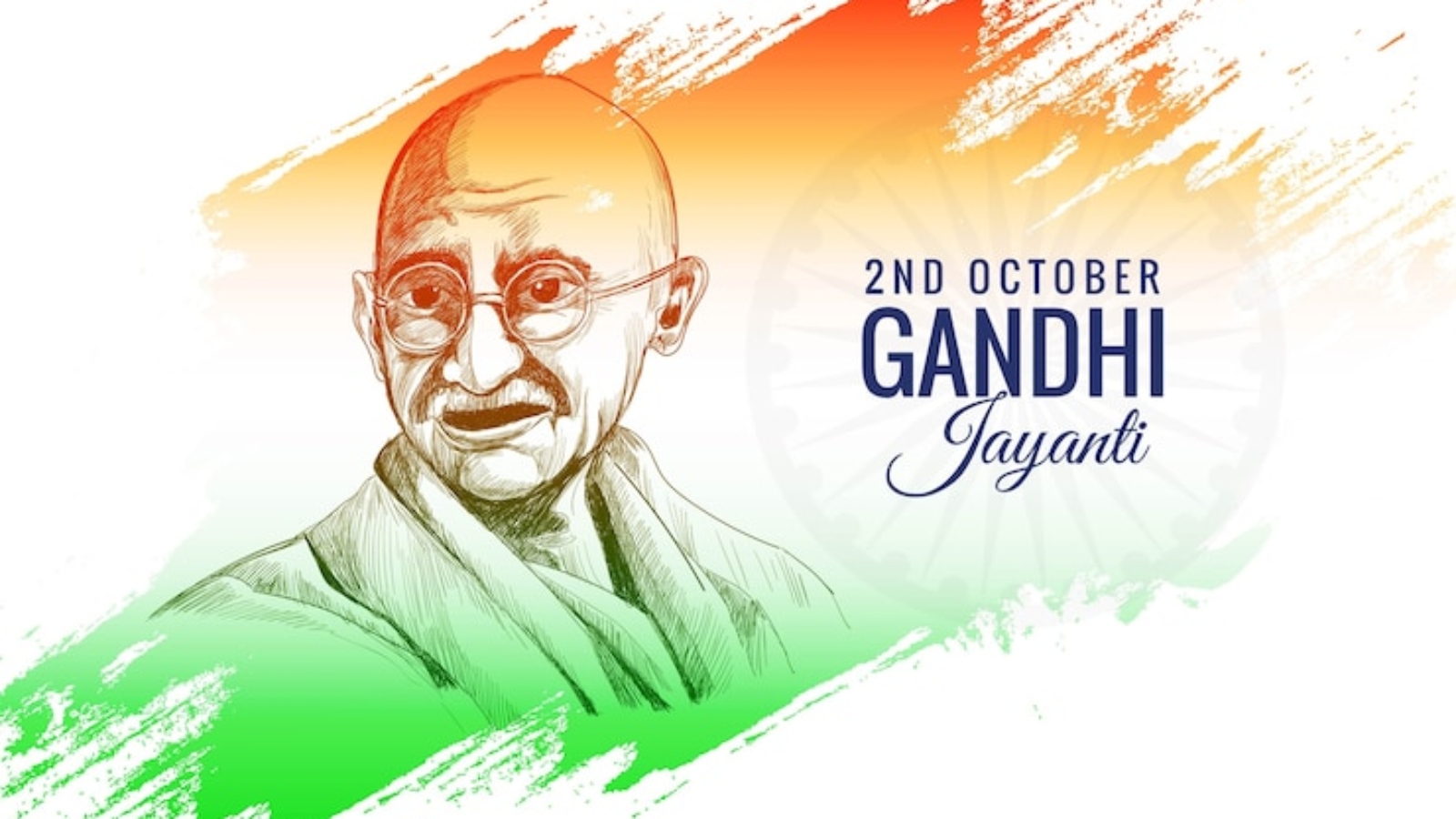 It has been 153 years since the birth of a Father of Indian Nation, Mohandas Karamchand Gandhi, who was born on 2nd October 1869. Mohandas Gandhi was awarded the title of Mahatma by Rabindranath Tagore on 6th March 1915 due to Gandhi’s glorious contribution to the Indian community in South Africa. From this leader is recognized in the world as a Mahatma Gandhi. After studying law in England, Gandhi had gone to South Africa in relation with a case involving his client. Gandhi organized Indian workers in Africa who were facing discrimination due to racism. Gandhi enabled them to fight for their rights.

Gandhi taught them to seek justice in a gentle way for freedom from racial discrimination and humiliation. Gandhi used the method of civil disobedience or passive resistance, that he named Satyagraha. Indians under the leadership of Gandhi decided not to give in to the discrimination happening against them. Gandhi formed Passive Resistance Association in Africa to conduct the campaign against discriminatory measure. Gandhi also led the Indians in Africa in their fight against poll tax and in relation to invalidation of Indian marriages. Gandhi was able to unite people under his leadership in Africa. Gandhi was able to evolve his style of leadership and politics and strategies to fight against injustice by political leaders.

Gandhi evolved his technique of Satyagraha during his stay in Africa. Gandhi’s technique was based on truth and non-violence. This has been the greatest legacy of Mahatma Gandhi to the world. Gandhi taught people to fight for their rights by remaining truthful, non-violent and fearless. According To Gandhi, Only the brave and strong people can practice Satyagraha, it is not meant for weak and cowards. According to him violence is good compared to cowardice. Most important teaching of Gandhi was that thought should never be separated from practice. Gandhi taught people to live with a spirit of truthfulness, cleanliness and non-violence and he left the legacy of shaking the world in a gentle way.

Gandhi returned to India in Jan 1915 from South Africa. Gandhi’s efforts were well known not only to educated Indians but to the general masses as well therefore they were expecting that Gandhi could play a vital role in India’s fight for freedom against the British. Gandhi took a tour of the country for one year, trying to understand the country. Gandhi was convinced that nationalist aims can only be achieved by using non-violent Satyagraha technique. That time in 1917 and 1918 Gandhi said that he would not join any political organization if it doesn’t accept the principle of non-violent satyagraha.

The first three struggles, Gandhi was involved in India were struggles in Champaran, Ahmedabad and Kheda before launching Rowlatt Satyagraha. In Champaran, Gandhi fought for the maximum profits of peasants. Gandhi used the technique of Hunger strike for giving justice to workers in Ahmedabad mill strike. Gandhi fought  against the British for giving remission to the peasants in Kheda for the loss of their crop due to drought.

Gandhi demonstrated to people and the nation the efficacy of his technique of Satyagraha for fighting against injustice. This way, Gandhi gained popularity in the masses and came to understand the power of unity of people.

Gandhi started gaining more respect and commitment from many people in the country in the 1920s, especially from the youth in the country started supporting him for fighting against the British for freedom under his leadership. Gandhi led India under his leadership in the movements like Non-cooperation in 1920, Civil Disobedience movement in 1930 and Another movement in 1940s to fight against the British and that played a huge role in India’s fight against British for Freedom. And India finally gained Independence on 15th August 1947. Gandhi fought all the battles in a non-violent way and by abiding by the policy of Truth. His legacy of Truth and Non-violence is the guide to the whole world. Let us never forget this legacy. The whole world today celebrates the appearance day of a great Mahatma. We wish everyone a Happy Gandhi Jayanti!!